A datapoetic afternoon in Bologna 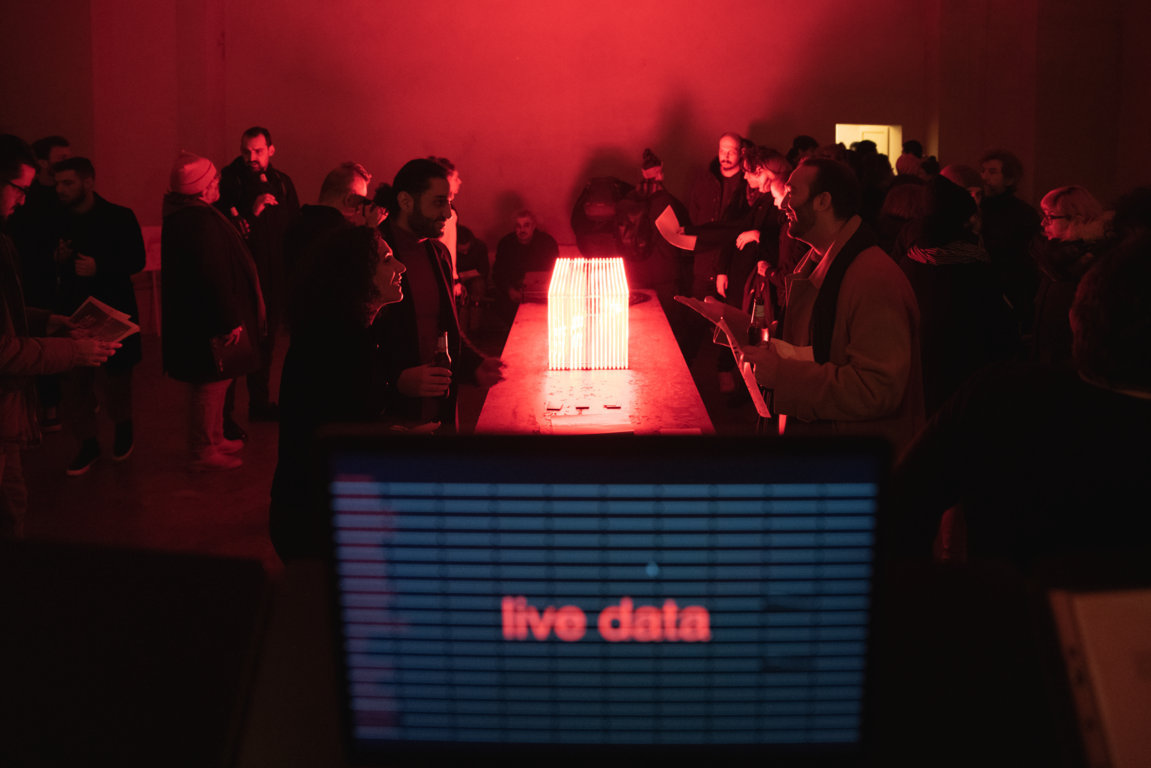 The itinerant tour of the project Datapoiesis is in process and, this time, runs into Bologna, historically one of the most active and aware Italian cities in urban policies.

Here, inside the program of ART CITY promoted by the Municipality of Bologna and Arte Fiera, the project organized a tree days event focused on the role of art and data in public space as “cities”.
“OBIETTIVO Bologna. Datapoiesis in the city” took place from the 24 to 26 of January 2020, coordinated by Singlossa Creative Ground with the precious hand of the local partner Maison Ventidue (more info ).

As the title says, Obiettivo, the first datapoietic artwork, was the trigger for reflecting on new kind of processes capable to bring awareness and social activation using public data in a conscious way and to face complex global phenomena such as poverty from different point of view.
All the elements of the program reflects these wishes and attempts:

Take part in city life in a datapoietic way

On Friday 24th January the historic center of Bologna was crowded by people in visit for the art week. A group of them gathered together in Piazza Maggiore to take part in the urban walk Gira la Cartolina and then, equipped with radioline and headphones, started to follow the unusual tourist guides. Abdullaye, Max and Giuseppe are homeless operators that showed the city hotspots from their peculiar point of view and through their memories: a clock under the arcades, the “talking columns” of Palazzo Re Enzo and a luxurious shopping gallery.

A new form of inclusiveness and a direct, visual and “live” contact with complex phenomena such as the life of the homeless is being experienced in a soft and gentle way.

Max led the group to via Orfeo, in front of the church doo, inviting people to get inside:
“Welcome in Datapoiesis and the city!”

The church door is opened- for the first time for a public art exhibit- and a blanket of fog and an intermittent red light surround visitors, while strident electronic music echoes. In this mesmeric atmosphere, on a central table is placed Obiettivo, the lamp animated by data of extreme poverty in the world. Its red light, that designs a shape of a homeless, keeps on pulsing the data rhythm, transformed into sounds.
From the altar Salvatore tells the history of poverty through its data: from the Year Zero to the present day, the numbers and the level of poverty are analyzed in relation to global crucial events that led to the progress of humanity.
Data becomes experience, according to the sound it produces: such as the starvation of Middle Ages is turned into rumbling lowest frequencies and deep noise.

Around the first datpoietic object, a contemporary ritual is consumed, which has allowed visitors to get in touch with such a complex phenomenon through sensations and perceptions.The extreme poverty dataflow becomes perceptible through the senses so that audience can “feel” data and numbers, not just read it. The vibrations of poverty resound in their bodies, which can be experienced together and understood in different ways in front of the artwork that is turned into a properly “totem”.
This peculiar ritual was performed for the first time in Turin at the WildMazzini gallery, on the occasion of the second step of the tour, Obiettivo Torino. This time its effectiveness was enhanced by the church’s sacred setting, by the smoke and by the elevated position of the altar.

After recovering from the emotion and a toast between the artists, the public and the organizers, the group heads towards Kilowatt.

Crossing the gardens, the group reached the Kilowatt greenhouse that host the conference.
Here a careful and accurate discussion is started, moderated by Federico Bomba of Sineglossa Creative Ground.
Together with the experience of the authors and artists of the Datapoiesis project, Oriana and Salvatore, all the other panelists made a timely and personal contribution on the use of data in social policies. The assessor Davide Conte pictured a compelling scenario of what is happening in Bologna e which are the perspective of the use of the open data. Amir Djalali explained the dynamics of the Rock project it is part of with Alma Mater Studiorum. Davide Agazzi brought his experiences from the sector of social innovation and Carlo Francesco Salmaso the one from the “practice” field with the activity of Piazza Grande, facing with “diversity”.

A rich and full afternoon is turned to end, having given us: a taste of how to attend a datapoietic ritual, a participatory social walk and a professional overview on the use of data in the cultural welfare.

A datapoietic afternoon is turned to end.